PUBG Mobile Season 18 Royale Pass Everything You Need To Know

Season 17 of PUBG Mobile has come to an end, and Season 18 will begin in just a few hours. The upcoming Royale Pass Season 18 is built on the exclusive theme of Hundred Rhythms.

Users should await the arrival of the latest Royale Pass on PUBG Mobile, which will include a series of in-game objects. Outfits emote, skins and other objects are among them.

In this Royal Pass, players can choose from two advanced sets at levels 1 and 50. As you progress through it, you can select ranking rewards twice.

The existing Royale Pass is closed and for the players locked. By clicking on the Royale Pass icon, players will see a message stating the remaining time until next season. 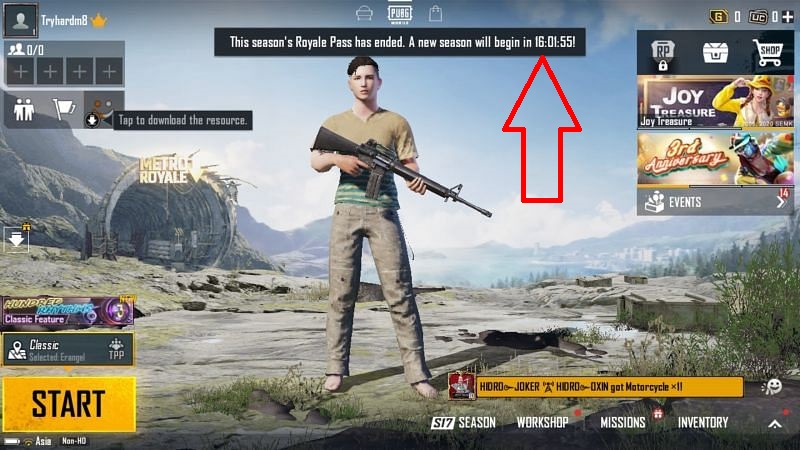 Some of the rewards for the upcoming Royale Pass have been leaked.

Chelsea fans have been reprimanded by Danny Drinkwater for his “business mistake” in confirming the end to his five-year tenure at Stamford Bridge. Drinkwater’s Reading loan period ended last week and the 32-year-old has now Read more…

With Boston’s gritty victory over Toronto, it is all but guaranteed that the Eastern Conference Finals will end in their return to TD Garden. Celtics Inch Closer to Finals With Ugly Game 5 Win The Read more…

If you have applied for the SASSA SRD R350 grant, you may be wondering how to check the status of your application. Fortunately, SASSA has made it easy to do so by providing an online Read more…